Megan O'Hara was a chiropractor, breast cancer survivor, and patient of McNamara/Troy.

Megan had gone through both radiation and chemotherapy before having a double mastectomy. Leaving her with extesive scarring on her chest and no nipples. She didn't undergo any reconstruction following her surgery since she was already so physically weak from her treatments, and because one of her friends had a painful recovery after getting implants. O'Hara's illness caused a rift between her and her husband, so she decided to get reconstruction, and implants that were bigger than her original breast size.

During a private consultation, Dr.Sean McNamara told her that she didn't have to undergo such a extensive surgery just to save her marriage, and brought up his own problems with his wife Julia.

She cancelled her surgery, and told Sean that she had left her husband since he no longer saw her as a "whole" person anymore. As Sean walked her to her car, they briefly kissed. Sean came to see her for a chiropractic adjustment when he started to have neck pains, and the two began an affair shortly after.

Megan then decided to undergo the surgery since she had fallen in love with Sean, and wanted to be physically intimate with him without feeling self-conscious.

One night Matt was speaking to Sean about "coming clean," (his role in a hit and run) Sean mistakenly thinks Matt has discovered his affair, and admits it to him. Sean begins avoiding Megan's calls, but she comes to see him and tells him her cancer has returned, and it's metasticized to her lymph nodes. Sean tries to seek out treatment with her, but it becomes obvious that it's terminal. She decides that she would rather commit suicide than go through a slow, painful death. Sean is opposed to this choice, but after he's given advice by a ghost ways in ways he can make Megan's suicide more comfortable (including milk to settle her stomach from all the pills, and a plastic bag over her head to suffocate her after she passes out from a pill overdose), Sean is present with Megan when she commits suicide in a hotel room. Megan's funeral takes place by the beach where her ashes are scattered into the ocean by her friends and family. At the funeral, Julia notices Sean is visibly distraught, and she later asks him if he'd had an affair with Megan, which he admits to.

In an episode where Julia dreams of what her life could have been like if she hadn't married Sean, she imagines that he and Megan are happily married with a son, and pregnant with a baby girl. Julia explains that since she never met Megan, she always wondered what might have happened with her and Sean if she hadn't died. 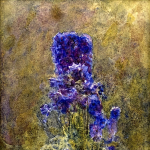 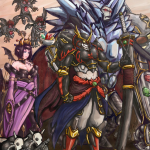