James LeBeau is a character in Season 4. She is portrayed by Jacqueline Bisset.

She is the main antagonist of Season 4.

She first appears in the second episode of the fourth season, when she meets Michelle Landau in the basement of the McNamara/Troy Parking Garage. She then engages Michelle with a kiss. McNamara/Troy anesthesiologist Liz Cruz sees the meeting, and becomes convinced that Michelle is a lesbian. Eventually Michelle comes close to firing Liz to hide evidence of this meeting.

In fact James is blackmailing Michelle with the information that she used to be a prostitute. James was her pimp or Madame.

It's eventually discovered that James is a leader of a ring of organ thieves who apparently are after people's kidneys. James poses her ring as an escort service which sends attractive women after their targets. They then put the target to sleep or knock him or her out with anesthesia and then the call-girl or someone else comes in and removes the kidney.

James, who speaks with a British accent, also seems to be fluent in French.

James is ultimately subservient to crimelord Escobar Gallardo. She is threatened and beaten by his henchmen in an episode for failing to meet her organ quota.

Later, in season 4, James is badly beaten and Christian Troy repairs her damaged face and nose. She quickly reverts to her old ways under pressure from the gang and uses McNamara-Troy to operate her group's "surgeries". In the episode, "Reefer", James goes perhaps farther than she ever has: after Sean McNamara brings a homeless man into the clinic on Christmas for some minor therapeutic surgery, she drugs the man with tainted champagne and murders him, harvesting all possible organs from his body. When she calls Michelle in to clean-up, her only complaint on the matter is that his liver is useless from years of drinking.

It is revealed that James herself has a boss, one Escobar Gallardo. James later kills herself in front of Michelle, rather than turn Wilber's kidneys over to Escobar.Before she dies, she reveals that she once had a son named Jonathan, and that he died due to medical reasons concerning his kidneys. She realizes the monster that she has truly become, and once more professes her love for Michelle. Her last words are "I loved you" before she shoots herself. 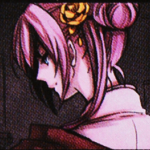