Ava Moore (born Avery Tanner) is a recurring character on Nip/Tuck. She is portrayed by Famke Janssen.

Ava was the main antagonist of Season 2.

Ava, is first introduced during Season 2 when Sean hires her to be Julia's life coach. He wants her to motivate Julia into being a better wife to him. What he doesn't realize about Ava is that she targets the emotionally weak and exploits and manipulates them for her own amusement.

When she meets Julia, she determines that Julia's distance from Sean is due to the fact that she is very attracted to Sean's best friend and partner, Christian Troy. She also finds out that Christian is really Matt McNamara's father.

Matt and Ava's relationship is eventually exposed. Ava uses the information she knows about Matt's real father to try and silence Julia. However, the truth comes out and Matt is furious. Due to his anger regarding his real father, Matt moves in with Ava. Their relationship continues to grow.

Adrian confronts his mom and begs her to make love to him. Ava shows clear guilt for the forced incest and Adrian runs away. This causes her to become depressed and distant. Her relationship with Matt starts to become strained.

Christian is furious about Ava's involvement with Matt and how she has changed him and he sets out to put an end to it. She refuses to leave Matt alone and tease Christian. He ends up trying to rape her, while she begs him not to do it. However, once he penetrates her, he realizes something isn't right. It is then revealed that Ava is trans. She passes well, but Christian clocks due to the depth of her vaginal canal.

Pre-transition she worked as an escort for wealthy older women. Ava was in love with Dr. Barrett Moore, a plastic surgeon. She frequently used her charisma to get her employers to donate money to fund Moore's medical research.

Dr. Moore was strictly heterosexual and was not romantically interested in Ava before she transitioned. This caused her to go into deep depression and one night he asked the doctor if he could love her equally if she became a woman. Dr. Moore was intrigued and performed the operations. The two married shortly after. However, they encountered many problems. Dr. Moore could never fully accept Ava as a real woman and instead, he treated her like his prized creation. Ava continued to become depressed. To remedy this, Dr. Moore decided to get a female employee to have his child so that Ava could become a mother. He hoped that the three of them could become closer as a unit.

Ava continued to get more and more angry with her husband. One night she left with their child, Adrian, in the middle of the night. She did this right before her final surgery, which would have deepened her vaginal canal further. This led her to seek relationships with young men/boys. She believed that young, inexperienced boys would not be able to tell that her vagina wasn't deep enough and would not clock her as trans. Her relationships with young boys did not just include Matt, it also included her "son" Adrian.

Ava agrees to leave Matt alone if Sean and Christian agree to make her flawless. Sean and Christian contact Dr. Barrett Moore and fly him in to do the surgery. After the surgery is performed, she agrees to flee the country. While packing her things she is confronted by Adrian, who is holding a butcher's knife. After an angry confrontation, Adrian stabs himself with the butchers knife and dies on the floor. She leaves his body in the living room and gets on a plane to Paris.

In a scene from the second episode of season 3 Ava and Matt are having sex and she's saying how she was missing him so much and that she had known she couldn't live without him. It is actually Matt dreaming. Matt goes to her house awhile later to find the ticket to Paris and finds Adrian's body decomposing on the floor. Later on Ava's secret is revealed and Matt learns the bitter truth. He still cannot get over her and goes to a trans bar. While sitting and drinking he has several hallucinations of Ava sitting next to him and saying that none of the trans women in the bar could be compared to her.

She's been mentioned several times since then but never seen nor shown in a flashback. However, Ava returns for the final two episodes of the series. 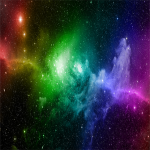